Creating a path to financial freedom

Understanding the difference between good and bad debt helped Sean to make a bold decision and take a different path with his finances. 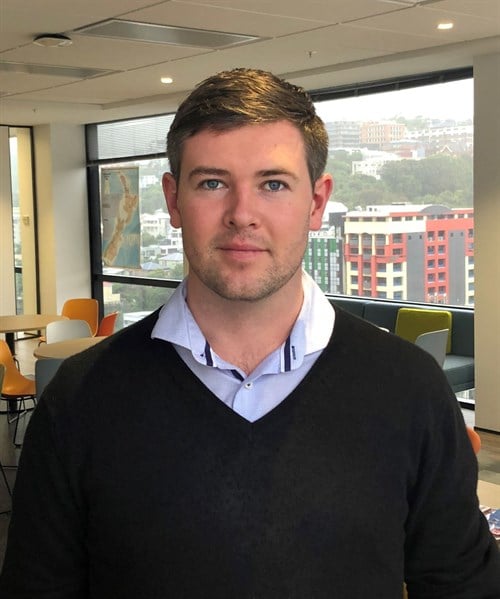 “Ha! No, I had a very fluid relationship with money while I was a student,” grins Sean Folan, QFE Adviser for Booster. “Just enough for the essentials of student life. Namely, beer!”

Good money management or investing know-how was not something Sean had much knowledge of while he was studying. It wasn’t until he started working at Booster that he gained an understanding of how to make his money work better for him.

After completing his studies, Sean received a small inheritance, with suggested advice from his parents that he use it to pay off his student loan.

“I wasn’t sure that using my inheritance to pay off my student loan was the right approach for me,” says Sean. “I knew paying down bad debt first was important, but as my student loan wasn’t incurring interest, I considered it ‘good debt’. I thought there could be a better use for this money than paying off a debt that wasn’t actually costing me anything.”

Because Sean’s student loan wasn’t accruing interest and will add to Sean’s long-term income earning potential, it fell into the good debt category.

Debt can fall into two categories – good or bad. Broadly speaking, ‘good debt’ is debt used for an investment purchase; usually, an asset that should increase in value over time or generate long-term income, such as property or shares. Generally, good debts have a lower interest rate and a much longer timeframe for repayment.

However, ‘bad debt’ is debt used for purchasing items that are consumed or likely to lose value quickly, or don’t generate enough long-term income to offset the interest costs. Typically, bad debts can carry a high interest rate, such as credit cards or payday loans. Reducing any debt with a high-interest rate should be a priority when planning a budget.

After some research, Sean decided to invest his inheritance, which meant he could make better use of the money than just using it to pay off his student loan immediately. “This approach means, eventually, I will have both my original inheritance AND the money it’s generated over the long term – which I think will put me much further ahead than if I had just used the inheritance to pay off the student loan in the first place.”

Sean agrees that the concept of investing might be off-putting for many people. “However, it’s actually really easy to get started. Once you understand your risk profile, you can choose an investment fund to suit you.”

“My family were a little surprised with this idea,” Sean acknowledges. “They’ve always invested in property and are wary of high interest debts, like credit cards. They considered my student loan to fall in the same category as credit card debt until I explained my plan.”
Of course, one of the key factors in Sean’s plan was that his student loan wasn’t accruing interest while he remained in New Zealand. If it had been interest-bearing, then a different approach may have been required.

“Definitely for a lot of younger people, there’s a perception that you need lots of money to start investing,” Sean comments. “But Booster have made investing really accessible for everyone. You can start an investment portfolio with just $1000. It’s easy to save up the deposit over three months or so, then open an investing account. Then, you can top up your investment account regularly with small amounts, as and when you want.”

Sean’s been impressed with the performance of Booster’s high-growth investment funds. “Sure, growth funds aren’t for everyone. Investing is a very personal thing. But there are lots of different fund types to choose from with Booster. Personally, I’ve chosen to invest in a high-growth fund because that works for me over the long-term. But I did my research and was comfortable with the fund’s expected returns and shorter-term movements in value – both up and down – which makes understanding and managing the risk much easier.”

Sean quietly encourages his friends to get more financially savvy. “Oh yeah, I try not to bang on about KiwiSaver or investing to them – but I do think it’s important my friends get more interested in thinking about their future.”

Understanding the difference between good and bad debt has helped Sean get a head-start on his savings goals. By thinking differently about how to make his money work harder for him, Sean is creating his own path to financial freedom.